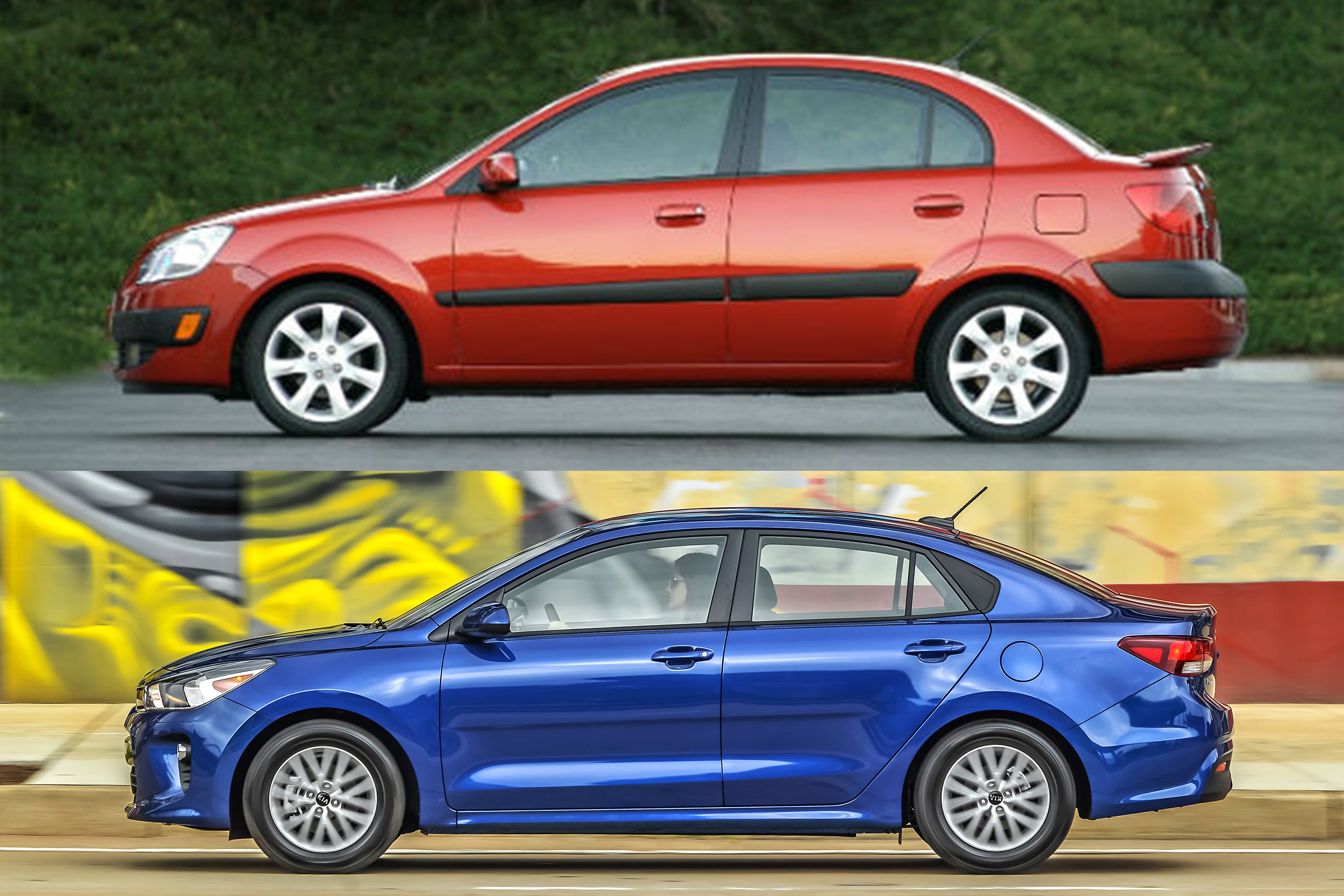 One of the most recognizable vehicles in Kia's line up is the Rio, which replaced the Kia Pride. The Kia Rio subcompact car hit the streets in 1999 to take on competitors like the Dodge Neon and the Ford Fiesta. Since its debut, the Rio has evolved through four generations into the Rio we recognize today. The Rio could have been considered Kia's attempt at beating out the competition with the lowest price tag and has since evolved into a sporty small car with an even sportier performance.

Let’s check out the differences and enhancements the Kia Rio has seen in it's lifetime.

The first-generation Kia Rio offered drivers two different model options – one with four doors and one with five. The sedan and station wagon body styles appealed to drivers looking for an affordable vehicle and with the Rio being the least-expensive vehicle in the US, it was well-received. However, drivers quickly realized that the overall build quality of the Rio and its on-road driving experience fell far below that of its competitors.

Throughout the first generation, the Rio received mild redesigns and facelifts here and there with updates to the engine, brakes, suspension, and interior and exterior design.

In its second generation, Kia dropped the Rio wagon and replaced it with a hatchback variation that offered additional space inside the cabin. This second-generation model brought updates like air conditioning, power steering, a CD player, Sirius Satellite Radio, USB ports, auxiliary jacks, and more.

In 2010 the Rio was finally fitted with the now-iconic Kia tiger-nose grille and optional hand-free Bluetooth operation buttons could be added to the vehicle’s steering wheel.

In the 2012 model year Kia furthered its commitment to the environment by having the lowest CO2 emissions and highest MPG of any non-electric or hybrid car and staying eco-friendly by using recyclable materials for 85 percent of the Rio model’s build. The seat foam in the Rio was now 100-percent biodegradable and non-toxic castor oil was used. The 2012 Rio also received Marginal to Good ratings from the Insurance Institute for Highway Safety.

The third-generation Rio sat longer, wider, and lower than previous generations, creating a more aggressive stance on the road.

The Kia Rio brought an all-new design to its fourth generation that Kia referred to as “decidedly European” in the 2018 model’s initial press release. The subcompact vehicle lineup brought advanced safety technology, innovative technology, and an efficient performance to a vehicle that consumers already knew was fun to drive. With significant improvements to every aspect of the Rio in its fourth generation, this lineup of Rio models is at its best yet.

In its fourth generation, we have seen impressive updates and added technology that set the Rio above the rest of the competition. Notable additions include upgrades to standard touchscreen infotainment systems and the standardization of smartphone connectivity across trim grades.

The Rio won the 2017 Red Dot Award for Passenger Car Design and the 2017 iF Design Award for Discipline Product.

The subcompact Rio will always have a special place in our hearts. We can’t wait to see where future generations take the Kia Rio and what kind of updates upcoming models will bring. You can view our current lineup of in-stock fourth-generation Kia Rio models here. If you have any questions about the Rio or other Kia models, contact us. 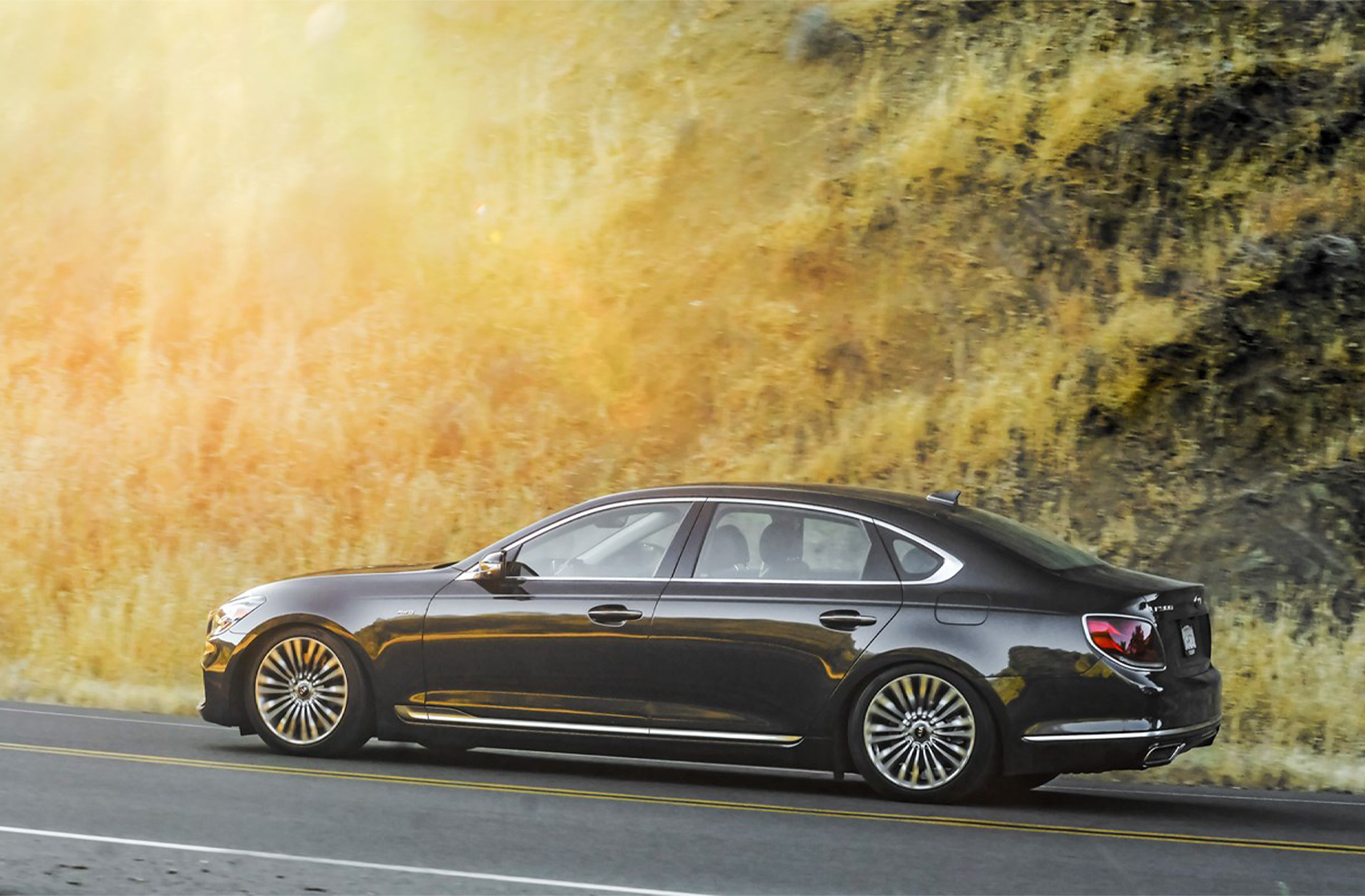 K900 Invites You To Challenge Luxury As You Know It 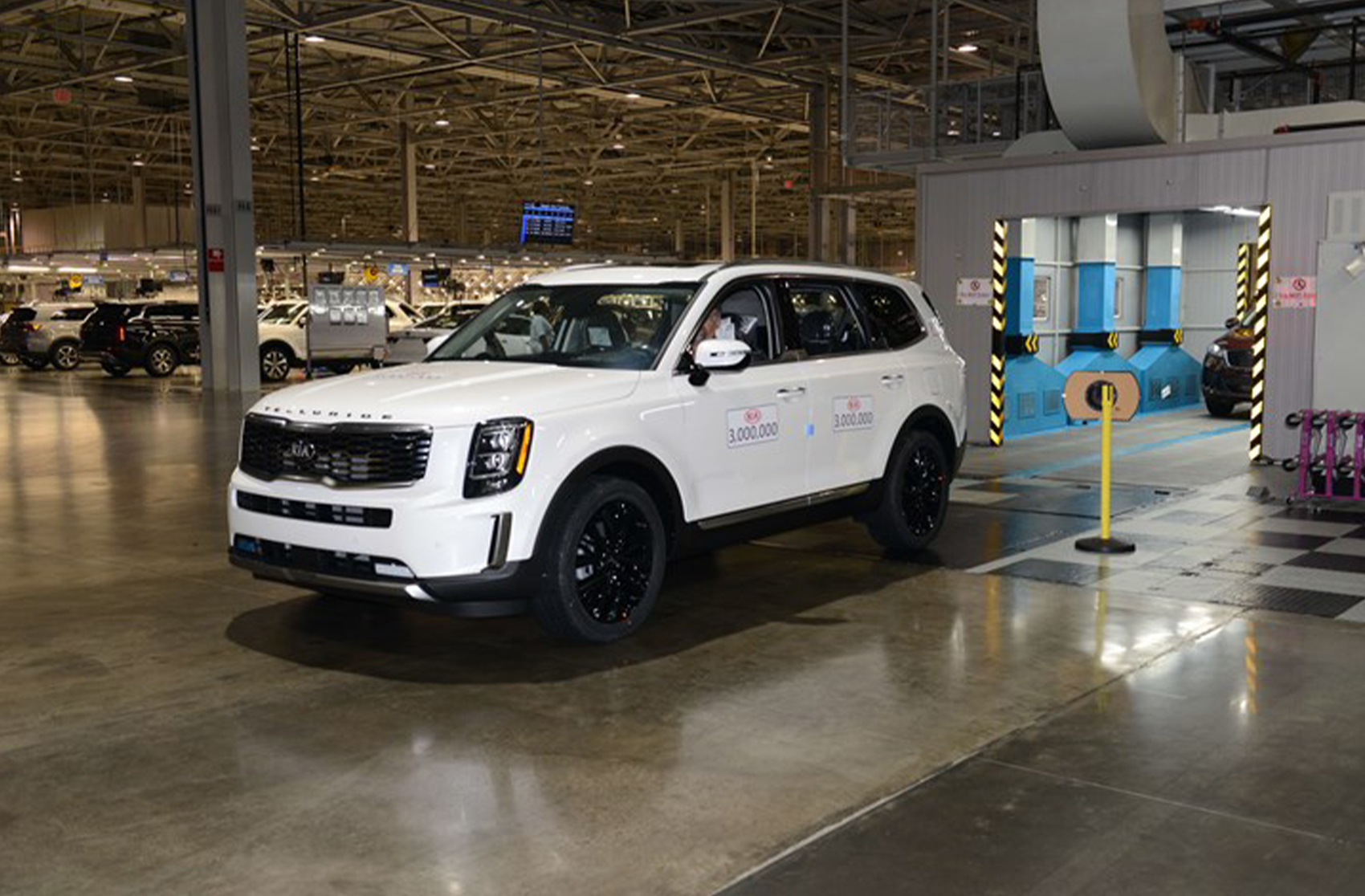